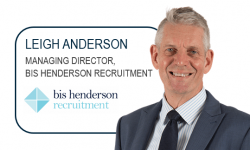 Skills and labour shortages across the UK’s trade and logistics sectors have been hitting the headlines, most obviously for goods vehicle drivers. Less newsworthy, but equally threatening, is the shortfall in staff with knowledge and experience in Customs procedures; a situation that is beginning to pose an existential threat to many small, and not so small, companies that rely on international trade.

According to the National Audit Office, as a result of Brexit 145,000 companies whose international trade has hitherto been solely within the European Union are now having to master Customs procedures for the first time, generating over 200 million extra customs declarations, each of which is comprised of multiple documents.

The British International Freight Association estimates that 40–50,000 extra staff are required. However, there is nothing like that pool of talent available. Much of the existing skill base is concentrated, understandably, around ports and airports, so businesses seeking to establish their own Customs functions are competing for staff against freight forwarders, customs agents and of course HMRC itself, which has been looking for several thousand extra bodies. Salaries for anyone with even slight experience in the field are, inevitably, being driven up.

Brexit isn’t the only pressure, though. The proportion of UK trade with non-EU countries, with all their individual Customs requirements, has been growing for many years. New trade agreements with non-EU states continue to be signed, all with subtly different provisions and implementation dates. A new complication is the establishment of ‘Freeports’. The detail of how these will work is still sketchy, but is potentially important even to firms who aren’t located within the designated Freeport area.

Arguably, companies, and the nation, should have seen this coming, though there are mitigating factors: quite what the post-Brexit arrangements would be was unclear until very late and few anticipated the strict ‘letter of the law’ approach that the EU has adopted – not just in Northern Ireland trade. Even now, stags two and three of the ‘Border Operating Model’ have not come into force, although they will most probably do so by the end of the year.

More fundamentally, when the Union Customs Code, which regulated and simplified all trade into, out of, and through the EU, came into force in 2016 it was understood that the whole process would be digital by 2020. The European Commission is now talking about 2025. Europe, and HMRC, continue to trial elements of the required software. Meanwhile, imports and exports are still governed by a mass of physical paper, which must be completed in the correct colour of ink!

Outsourcing the problem to customs agents, forwarders or 3PLs isn’t an answer – they too are struggling for capacity – and will charge accordingly. Nor is it a question of training up a few clerks in additional skills. For most companies a whole new full-time function will be required – we have been speaking to one company that has been trying to recruit 300 staff across five offices.

So at the administration and clerical level, many companies will have to recruit and train up staff with absolutely no previous experience in Customs administration. There are no specific qualifications in this field, but training can be sourced through a number of commercial providers, and also through bodies such as the British International Freight Association, and the Institute of Export and International Trade. The Apprenticeship Levy can be applied to some courses in international trade, although sadly HMRC’s Customs Training Grant scheme for SMEs was closed in July.

More fundamental, though, is the management and direction of a new Customs compliance capability. We see two distinct requirements.

Firstly, businesses will need managers who understand the Customs environment and how it is likely to evolve in the future – not just in terms of trading rules but in the automation and digitisation needs and opportunities, when these finally become available. They will be able to scope and scale the task – which at present is probably far greater than could be imagined, but may become more manageable in time. What are the workflows? Which trades should be managed in house, or are there particular circumstances or complications (bonded goods, perhaps?) where use of an agent is preferable. How many staff are needed and in what roles, from clerks and administrators to international trade specialists? What are their training requirements now and in future, what would career progression look like ¬– important for staff retention – and so on. Are these roles prime candidates for flexible working/ working from Home or even working from another country?

Managing the creation of the new function this way might be a case for an Interim Management appointment – an area in which Bis Henderson Recruitment has considerable experience. Once the function is up and running a very different skill set may be required. Effective Customs administration demands scrupulous accuracy against inflexible timescales, with all the capacity for error that the current manual systems and the complexity of the task inevitably bring.

Here, beyond understanding of international trade, the most relevant experience may not be in the minutiae of Customs clearance, but in the motivation of operations such as call centres, customer service centres, or remote teams. The pool of relevant talent may be much wider than it first appears.

Interim or Permanent, Bis Henderson Recruitment has many thousands of contacts from which to fill individual requirements, drawing on over 30 years of experience. For larger projects, we can also work with businesses on a turnkey basis, from assessing local remuneration expectations and job market dynamics to establishing assessment centres, creating job descriptions, initial screening, interview processes, security and reference checks and more, all to an agreed budget and timescale.

Customs administration is going to be make-or-break for many companies in the coming months and years. Bis Henderson Recruitment can’t abolish frontiers, but we can help create effective teams that will help your goods continue to flow.

If any of the above resonates with you or your business, contact us today on 01604 876 345 or email [email protected]